Inspector of Gadgets is our series that investigates, critiques, and experiments with some of the most idiosyncratic single-use kitchen utensils on the market (or found on eBay). The goal is to figure out why on earth these items are, or were ever, “a thing.” Which ones will genuinely surprise us, and which ones will leave us wishing we hadn’t blown $9.99?

It’s hard to believe that this is now the fourth installment of our Inspector of Gadgets series. Given the rate at which I’m finding weird stuff online, I’m nowhere near finished, though I may never beat the Presto HotDogger , a device that electrocutes hot dogs in order to cook them. So far I’ve covered the Eggstractor, the Fat Magnet, and the Sushi Bazooka. Out of all three, the Sushi Bazooka performed the best and was easily the most entertaining, especially considering I was able to make Big Mac Sushi with it. (Go check out the pictures. You’ll be glad you did.)

Today’s gadget is functionally hilarious: the Stem Citrus Sprayer. The idea of this device is simple and amazing, at least in theory. You simply screw (yes, screw) this plastic pump sprayer into a piece of citrus fruit, and it just spritzes the juice right out in a fine mist. This is the kind of problem-solving humanity deserves.

I wondered why this concept tickled my fancy so much, and a memory crossed my mind back from when I was a kid.

Do any of you remember this commercial? When I was little, I was very entertained by the idea of being able to puncture an orange with a straw, in order to suck the juice right out. However, after many failed attempts, Small Dennis was left extremely disappointed. No straw can do that to an orange. A surgical-grade blood-drawing device might be able to, but even then, good luck getting the juice to flow.

G/O Media may get a commission

The Stem Citrus Sprayer’s package comes with two sprayers, one for a lemon and one for a lime. Shout out to that clever packaging with the image of a lemon and lime printed out behind each respective spraying device on cardboard. It really holds your hand through this process.

The Tropicana orange straw from my youth had left me skeptical that this device could possibly work. Childhood experiences are formative, you know? Thank you for turning me into a jaded adult, Big Juice.

I sliced one end of a lime off, exposing just a tiny bit of flesh, and screwed in the threaded Citrus Sprayer. It took a little pressure to catch onto the inside of the fruit, but once it hooked itself into the meaty part, the device corkscrewed itself in without a hitch. Now, just look at that photo above for a second and tell me that’s not funny. I cannot begin to describe the sheer childlike joy that coursed through my veins as I admired this thing.

I grabbed the nearest edible object, which was the cutest, smallest cherry tomato in the pint container, and aimed the sprayer right into its baby face. Then I pumped.

At first, nothing happened. I pushed several times more, and all of a sudden, a fine mist of lime juice came out and covered the tiny tomato in microscopic droplets. I couldn’t believe it. After a few more spritzes, I popped the zesty cherry tomato in my mouth and enjoyed the tart taste of success.

Afterwards I went on the back porch to see just how many more spritzes I could get out of the lime, aiming over the railing. Turns out, you can get a lot. After about 20 pumps, it started to sputter dry, and then using the massive strength of my toddler-sized fists, I squished the lime hard enough to crush more of the pulp inside of the fruit, and the spray restarted again. I got many more applications out of it that way.

Why I felt the need to do this outside over the railing, instead of spraying it more constructively into, say, a cup, is beyond me, now that I’m thinking about it. A lot of the juice mist fell onto my grill, which was stationed on the concrete below. My mind works in curious, generally useless ways.

I was left with a hollow shell of a lime, which I squeezed tightly to see if I could get some more juice out of it. The Citrus Sprayer is not an efficient juicer, unfortunately. I was left with a lot of juice. Can’t win them all, I guess.

I loaded up a lemon with the second, larger sprayer. Then I took aim at some Flamin’ Hot Pepper Puffs, which are only okay and taste like chemicals (if that alarming bright red hue didn’t give it away). Again, I was met with success. Lemon juice came misting out of that thing, and very well. However, puffy Cheetos aren’t good soggy, so I learned yet another life lesson. Related warning: Do not touch your eyes after eating Flamin’ Hots and handling a lemon. That’s double trouble.

Would the sprayer work on other citrus fruit? I sliced the top of a grapefruit off to find out. It absolutely works, though considering a grapefruit is so big (and this was the smallest one I could find at the store), the juice ended up running over the sides of the sliced end, causing a big sticky mess while I was spraying random stuff with it.

My favorite variety of sparkling water is grapefruit, so I spritzed a glass of water with grapefruit, hoping to impart a delicate burst of flavor. Turns out it’s such a fine mist that you can barely taste anything in even the smallest amount of water. Bummer.

For shits and giggles, a phrase that has never made sense to me, I decided to screw the sprayer into a giant cucumber. Cucumber cocktails are refreshing, so a cucumber mist has to make whatever it lands on refreshing too, right?

Unfortunately, a cucumber doesn’t yield much liquid even when mangled on the inside by a corkscrew. I aimed the sprayer at my mouth and furiously mashed on the top as my fiancée watched from the other room, to no avail. I wanted to turn the cucumber into Binaca, but barely anything came out. She walked up, asked if she could try, but still nothing. Then we had a long cry.

I did some thinking. What else has a round, handheld shape and is liquid in the center? A lightbulb went off over my bulbous head, then I reached into the refrigerator and pulled out an egg. Using the heel of my kitchen knife, I tapped a little opening and delicately (I tried, at least) screwed the sprayer in.

As you can see, it went perfectly well, as in, I mangled the goddamn thing. But I had plenty of eggs in case I wanted to try 23 more times.

I oiled a pan, but I got too excited to wait for it to heat up and haphazardly started pumping the sprayer into it. After five or six tries, I finally managed to get some egg to shoot out the top and shouted with glee. Suddenly, right after this photo, the eggshell collapsed in my hands and I barely made it to the garbage can before its raw contents could empty onto the floor. I flew too close to the sun and melted my wax wings (cue Mr. Mister).

Now, is the Stem Citrus Sprayer worth the $5.99 ($4, even, in some places) we paid for it? For kitchen functionality, probably not so much, unless I’m looking for an absolute bare minimum of citrus juice on a salad, or if I want to spritz myself with oranges and attract hornets outside or something. But for sheer entertainment value, it’s absolutely worth it. You pay over twice that to go see a movie these days. Maybe you can give your kids these sprayers and some fruit, and have them chase after each other in the backyard for a few hours. Spray lemon juice in your mouth. Stain your enemy’s clothing with blood orange juice. Just don’t try dispensing egg whites with it.

How will EOS accomplish in June’s crypto market place?

Mon Jun 14 , 2021
EOS plummeted in selling price in the course of May’s crash — are investors now wanting at a discount? In just just a month of hitting the $14 price position, the decentralised programs infrastructure EOS is again to fluctuating among $4 and $7, leaving buyers puzzled about the upcoming of […] 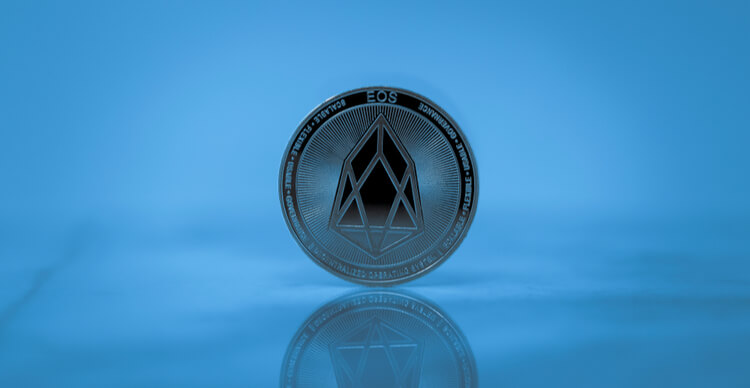